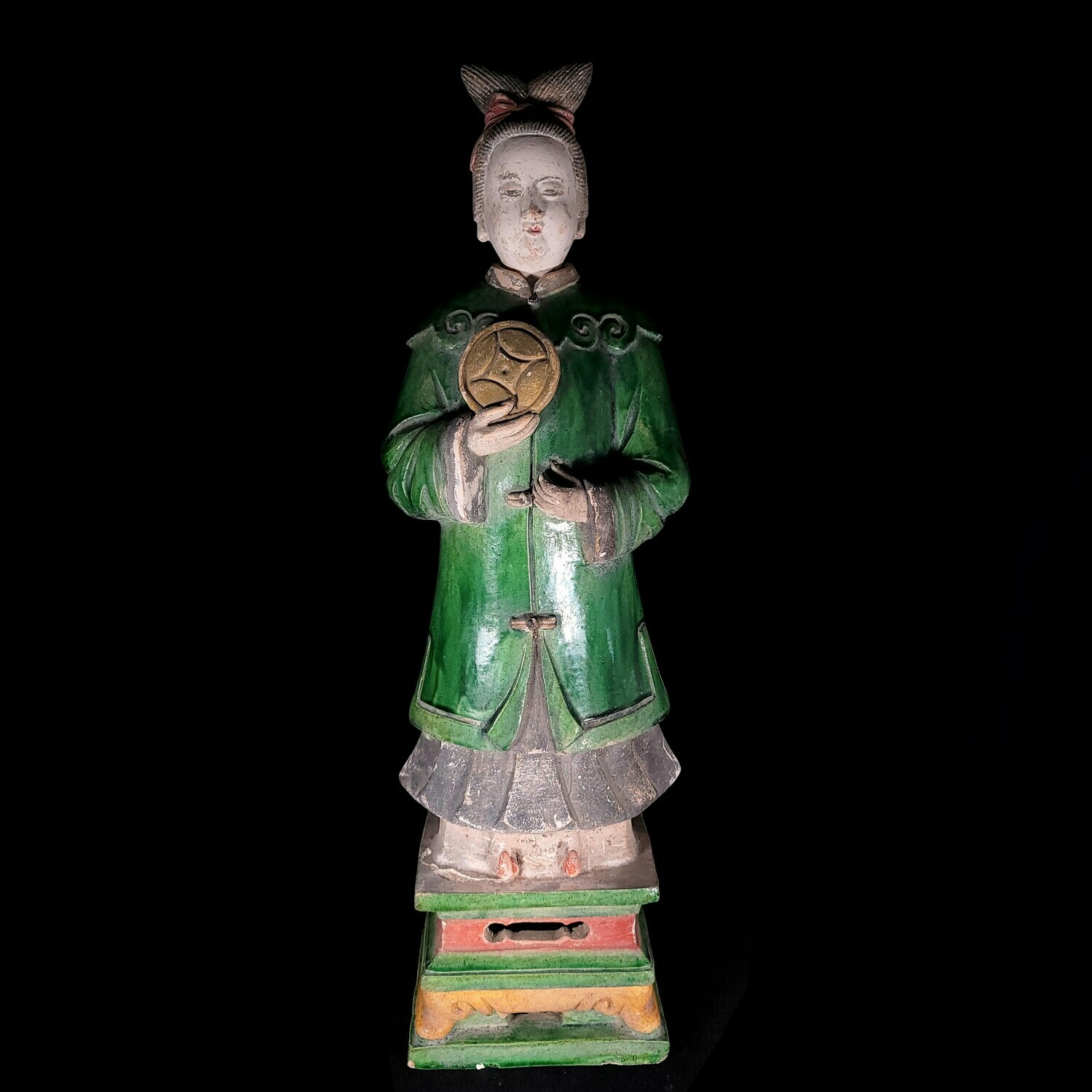 From a very rich tomb, belonging to Nobility or Royalty, comes an amazing Sancai Glazed pottery Attendant, Ming Dynasty, ca. 1368-1644 A.D. The figure wears a green robe and red hay and other details in yellow and red. She is standing with a fan on a two level podium. The head is detachable as always with the largest Ming figures.

Such large figures are extremely rare and were not for the common official, they would have been made for the super rich and to judge from their lavish style, made late 15-16th Century.