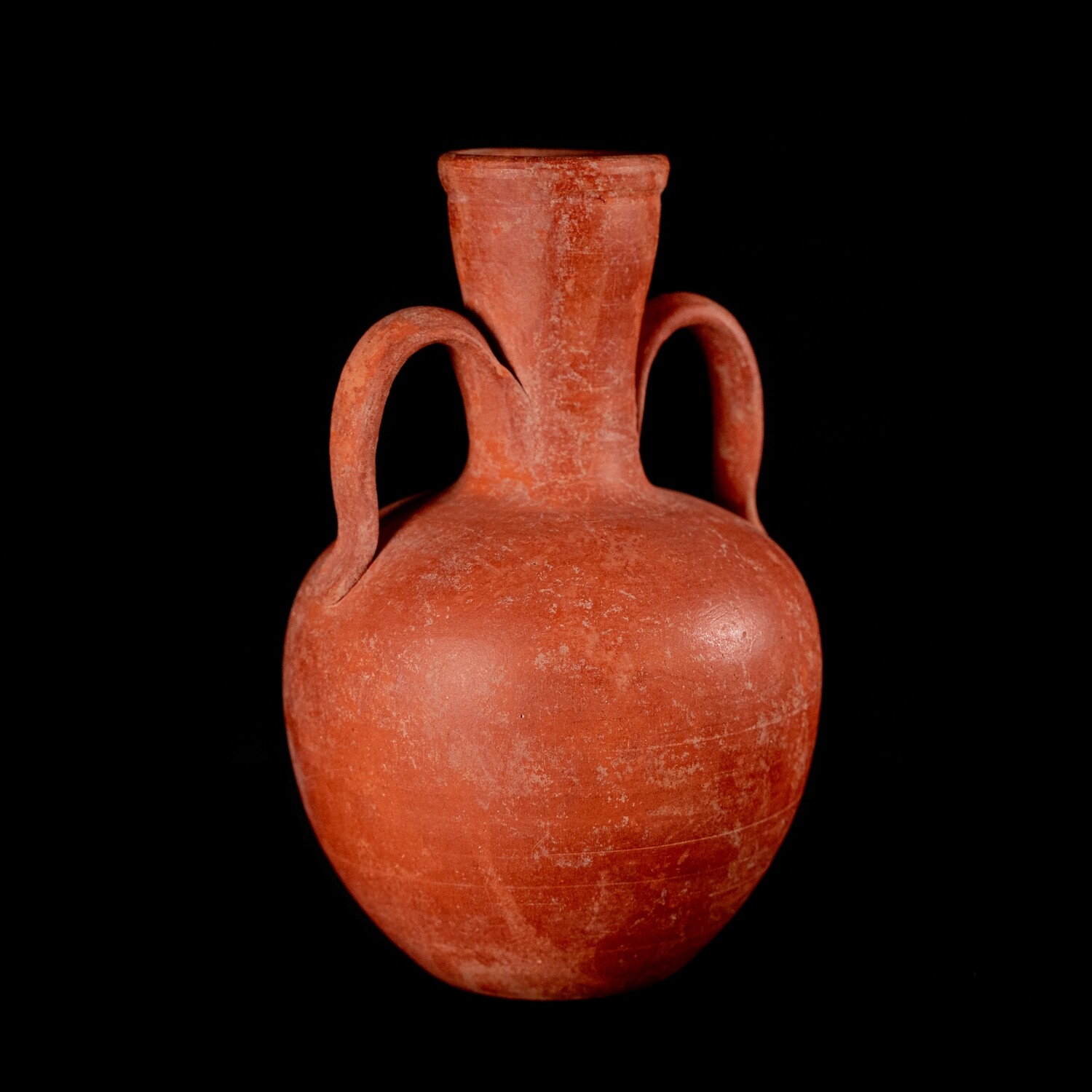 The name North African, Red-slipped ware is given to several related fabrics which were produced throughout the area of modern-day Tunisia from the late 1st to the 7th century AD. It was produced over such a considerable period and in numerous centers, there is a fair degree of variation, mainly in fabric texture and pottery quality.

A similar one can be found in the Vatican Museum, Italy, 1042A.