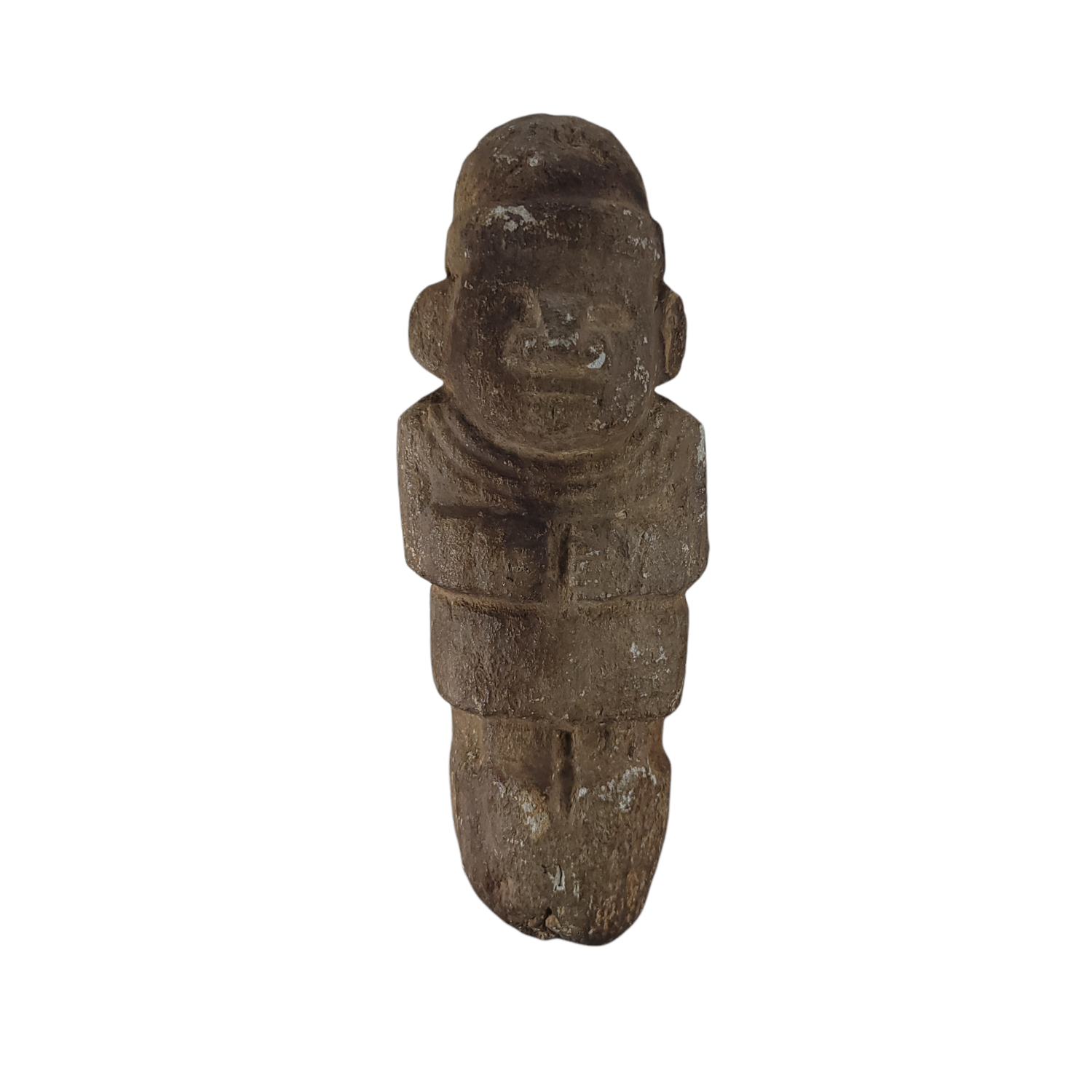 Pre-Columbian San Agustin stone figure from Colombia, ca. 500 BCE-200 CE. The figure depicts a standing male wearing a head band, necklace and Poncho. His hands held to his chest and made from volcanic andesite. A scarce example!

San Agustin is an archaic and extensive Pre-Columbian burial site located in the Southern Columbian Andes. It is thought to have been occupied and utilized between 500 BCE. The site carries the largest group of religious monuments and megalithic sculptures in South America and is considered the world’s largest necropolis. A small area (containing the highest concentration of statues and burials) has now been designated The San Agustin Archaeological Park. Statues include both anthropomorphic and zoomorphic figures (crocodiles, bats and jaguars) and range up to 7 meters in height.